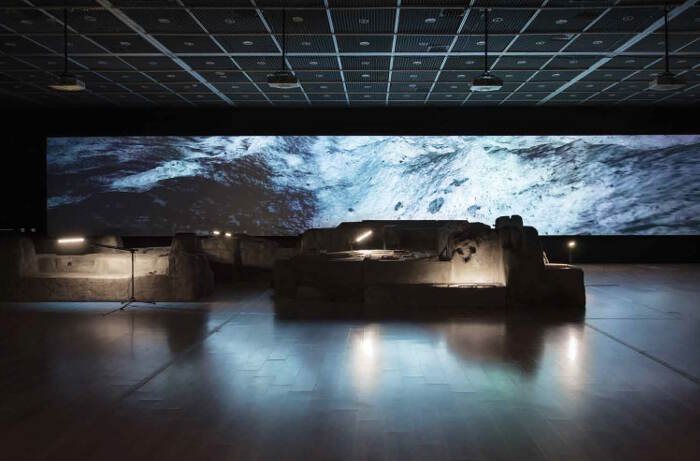 At the AICA Critics’ Award, where Jean-Christophe Arcos did me the honour of presenting, telling, testifying, diverting my work, 6 out of 10 presentations placed the notion of the anthropocene at the heart of their discourse.

The success of this concept, which has become a key word and can even be a watchword circulating by word of mouth in the field of contemporary art (in recent years we have had the object, the material, the realism, the speculative, etc.), can be analysed as the need for a return to a narrative that allows the complexity of the time to be ignited at a glance. The anthropocene is indeed an age of the Earth, nothing less, articulating nature, technique and the human being around a drama. The anthropocene is a historical idealism that subsumes the uninterrupted flows of the multitudes.

I was surprised that critics approaching this notion almost always do so by expressing the need for a change in our behaviour so that humanity takes care of the Earth and thus survives. Earth discourse obliging individual responsibility.

The anthropocene then seemed to me a mixture of the discourse of degrowth and care taking care of ourselves and our environment, a symbiotic relationship to a totality. 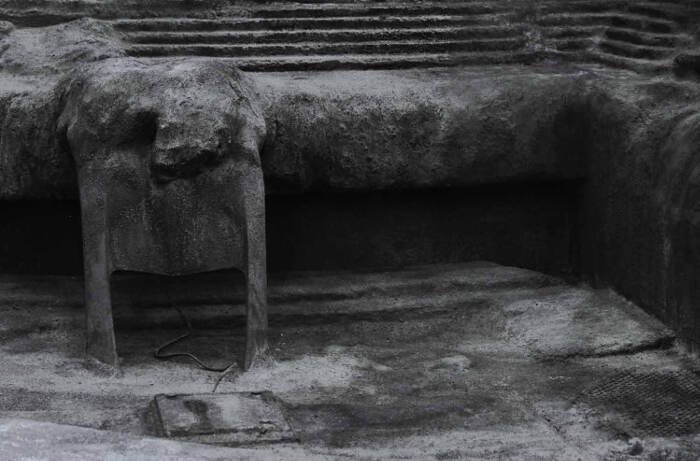 I had the feeling, listening to the critics speak one after the other, that they were passing by our time and that behind these good ecological feelings was hidden an ego drive. For if the possibility of extinction is thought of it is always and again from the point of view of the human being. We could certainly disappear, but it would still be our responsibility so that the disappearance would remain conceivable, beyond its own end.

Anthropocentrism is shouting here. He uses the Earth as a pretext to place, even negatively and beyond its very limits, the human being at its centre. It would be enough, they say, for us to finally take control of the situation to get out of it. But that extinction can also be the product of a non-human and unpredictable cause is never thought of. It is a bit as if, on an individual level, we consider his death as the only possibility of a personal error: by taking care of ourselves, we might not die. Nothing could happen to us except our will.

We are well aware of this policy of destruction, of these dictators preferring to drag their people into their mortal fall to ensure their definitive power, even at the cost of the material conditions for exercising this power. Hubris and will of unleashed power mastering to its end. The West will have been haunted by the relationship between spirit and death, probably preventing itself from thinking the possibility of spirits, those who are already dead and those who are not yet alive, the incalculable future against the foreseeable future. 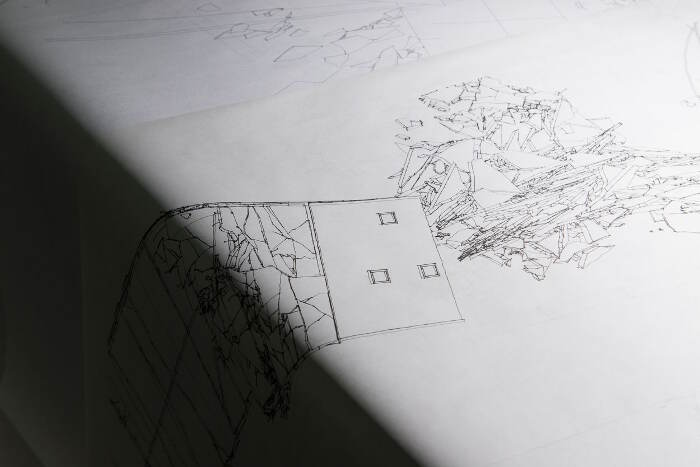 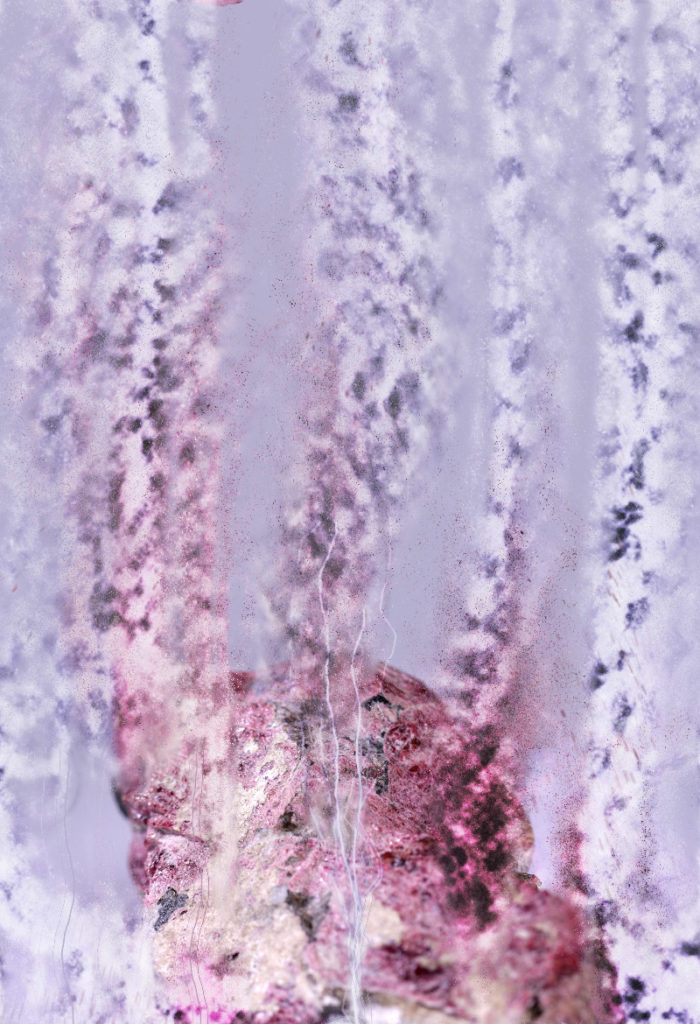 His face is turned toward the past. Where we perceive a chain of events, he sees one single catastrophe which keeps piling wreckage upon wreckage and hurls it in front of his feet. The angel would like to stay, awaken the dead, and make whole what has been smashed. But a storm is blowing from Paradise; it has got caught in his wings with such violence that the angel can no longer close them. This storm irresistibly propels him into the future to which his back is turned, while the pile of debris before him grows skyward. This storm is what we call progress.
Walter Benjamin. On the concept of history, IX, 1940

Extinction might seem a pessimistic concept where fatalism would take precedence over the possibility of action. That is not the case, and that is the paradox. In the same way as from an individual point of view, those who accept death integrate finitude as an opening to the possible, a finite gift of infinity that is in no way morbid, those who conceal their mortality are caught up in a flight forward that provokes the object of their silent concern: their death. It is time, as a species, to integrate the possibility of our common finitude whose cause is not necessarily human, but which could well happen the day or the next, leaving totally unthinking this end. Art would then consist in bringing the world back to a precarious state. Transition and circumstance against the evidence of the anthropocentric will that believes to bring the situation back to stability by its action and thereby ensure its own persistence.  But the non definitive character of the human world, its finitude, is also its possible, the opening of a game that goes up, takes apart and goes up again, the « Ruins in Reverse » of which Kubler spoke about Robert Smithson in Formes du temps (1973). 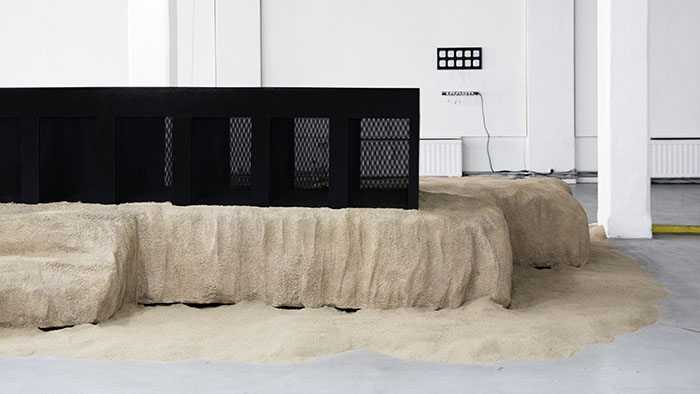 In Si l’on peut penser sans corps (1986), Jean-François Lyotard analyses the implicit project of AI. He explains that this is based on a flight from individual mortality, but also collective mortality whose extreme form is the death of the sun in 4.5 billion years. AI would consist in « simulating the conditions of life and thought in such a way that a thought remains materially possible after the change of matter that is disaster ». The body is then considered as the hardware of the software that is thought ». The problem of technosciences therefore arises: to ensure to this software a hardware independent of the terrestrial living conditions (…) it is at this price that the explosion will remain conceivable. Lyotard deconstructs this project, because thought is not binary, it has a horizon according to Husserl, but even more Kant’s reflective judgment elaborates rules from the results obtained reflectively. The separability of body and mind is at the heart of the AI’s theological project. In this text, Lyotard develops the idea that there is an entanglement of thought and suffering, pain not being here a symptom, « it is thought itself as it resolves itself to irresolution, decides to be patient, and does not want, precisely, not want to say in place of what must be meant (…)….) will your machines to represent suffer? »

The anthropocene in the field of contemporary art is anthropocentric and thus provokes the hubris from which she believes she liberates herself by submitting human extinction to her own will. Extinction then appears as a counter-concept, at the limit of what is conceivable. In the last article of the Inhumain, Domus et la mégapole (1987), Lyotard leaves open this other possibility of an infinite end: « The only thought, but abject, objective, rejective, capable of thinking the end of domus, it may be what technoscience suggests (.) The thought cannot want his house. But the house haunts her. » Let us name, after Jussi Parikka and in a slightly different sense, this haunting of the house l Anthrobscene.