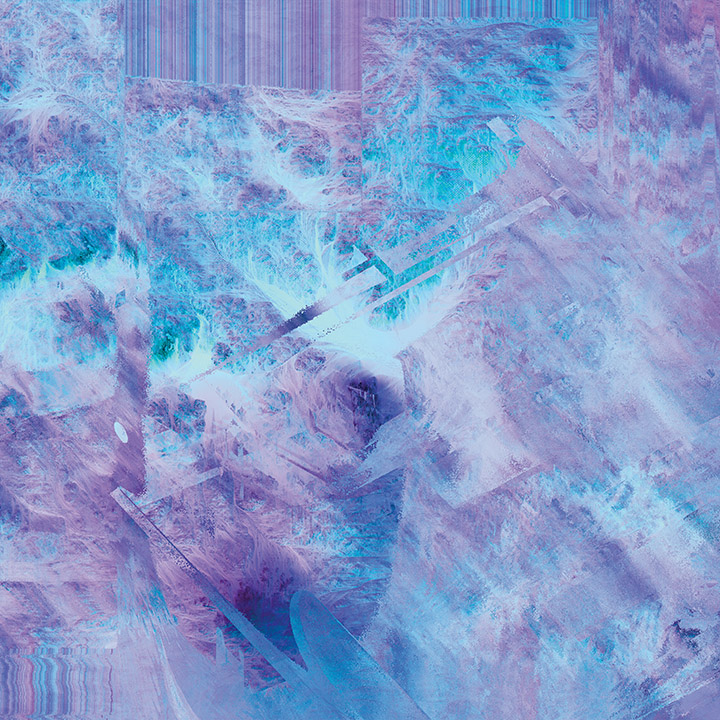 The interrogative adverb refers to the foundation. To ask « Why » is to ask the reasons for something and to go back up the long chains of one’s determinations, without being able to know in advance to what extent one must stop and feel convinced of the fundamental nature of the reasoning. The « Why » seems to suppose that the phenomenon targeted would have its negative, because if one asks the reasons it is that these could be, at least speculatively, different and thereby produce another series of phenomena. Everything happens as if the « Why » contained the possibility of a possible counter-world dislocating the world we know.

What exactly is the question about? Does it seek to verify the proposition that machines are endowed with the faculty of imagination that at first sight seems human? The question itself would be an insecure possibility. It would not be the description of a phenomenon whose existence would be recognized, but the questioning of a possible: the status of imagination in the technological field. Now when we ask « Why machines imagine themselves », we use the verb imagine in a double sense because of the predisposition of the « s' ». At the same time, we want to say that machines are imagined and that we imagine machines, since they would let themselves be imagined by us. This amphibology of the reflexivity of the verb imagine now allows us to enter more precisely and deeply into the meaning of the question: there would be a structural affinity between the imagination of machines about themselves and the human imagination about machines. This affinity changes, as we will see, the very nature of the « Why » and the foundation sought.

It is a question of distinguishing between the construction of machines as an origin and the production of machines as a target. On the one hand, their construction is based on a scientific knowledge of reality. It takes such knowledge and many experiments for them to work and operate on the world. It is because of this prior requirement to relate to the world of phenomena in a scientific way that machines are developed, in part, by engineers who apply scientific knowledge to techniques. On the other hand, the targeted world does not exist yet, at least not completely. With techniques, it is a matter of changing the world to varying degrees by making it more fluid or by creating new possibilities. Starting from scientific knowledge, one speculates on the possibilities of the world envisaged as use.

The construction and the aiming of the machines are articulated around different imaginaries. If we take the Kantian categories, there is a reproductive imagination that generates representations of the past according to the experimental knowledge of the sciences and there is an anticipatory imagination that generates representations of the future concerning the world emerging from technology. The relationship between the two is determined by an imaginary of the present that is embodied in a technical use and handling. This Kantian tripartition of imagination, to which we have associated a technical dimension, is not a product derived from reason, but is rather at the origin of the unification of schematism and thus of the capacity for conceptualization itself.

Machines are imagined because they allow us to form images of things that are not yet and that we can do advenir. However, since their origin is reproductive and scientific, they are at the heart of a dialectical tension. They give themselves as objective knowledge and promise what does not (yet) exist. It is because of this tension that they imagine themselves, not in the sense of a clarity of reflexivity (which in any case is questionable even in human beings), but in the sense of a productive imagination of possible. Caught between the rationality of scientific images and the hallucination of possible images, we understand better why this is not accidentally, but structurally that technologies are a source of fantasies and that these are not reducible to errors. This is also the reason why technologies are at the same time source of enthusiasm and disappointment : the possible can be, not be or be otherwise.

This question of possibilities should enable us to propose a fourth imagination, common to the technical and artistic fields, alongside those of the present, the past and the future. It is the imagination of the possible that we could approach a speculative dimension, if we clearly distinguish this from speculative idealism in order not to make it incompatible with the transcendental question. The imagination of the possible allows us to understand the way in which the transcendental imagination, which must provide the link between images of the present, past and future, is affected by the technological a posteriori. This fourth imagination is a protention whose relative contingency. Therefore, it is until the why of the question we asked at the beginning that is affected, because we can never affirm or deny that the machines imagine, taken that we are in the doubling of this imagination, we will be able to experiment the power of formation of the images, that is to say of the possible.

The alliance between science and possibility allows us to grasp the evolution of the notion of truth and the way in which science can target an imaginary. From the configuration of the world to the production of worlds, it opens the way to an ontological hybris (ὕϐρις). So cryogenics and the reasons that drive people to pay for it, are based not on the certainty that it works, but on the possibility that it might eventually work. To maintain, even in mortality, the possible as possible is to change the techno-scientific regime. Similarly, if synthesis biology is based on a scientific reproductive imaginary (genetics), it promises to create species that do not yet exist. This ontological production disturbs knowledge, which no longer has to determine what already exists, but what will come after it. The why is already without reason: to predict is to be able to generate.