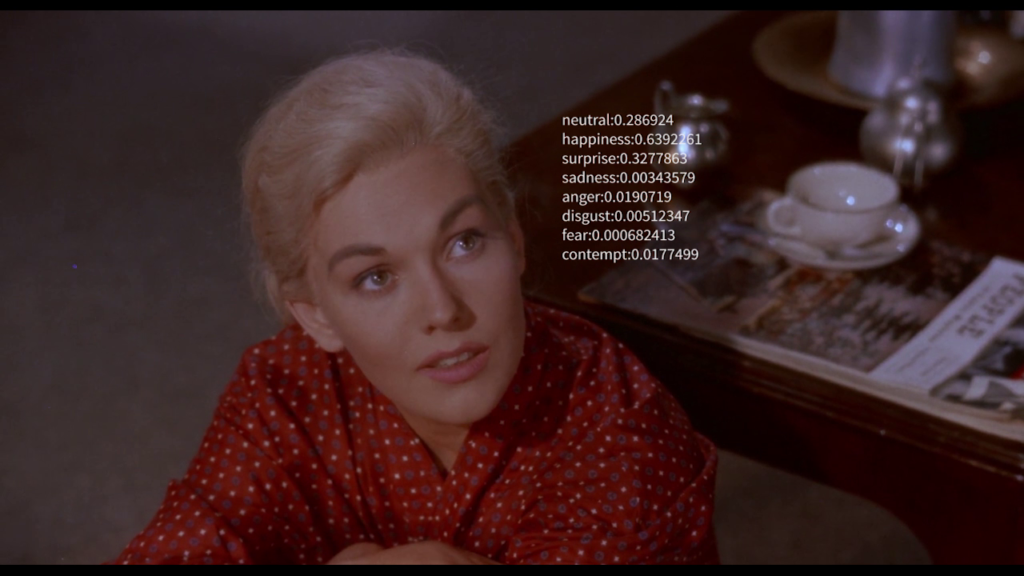 One might think that their objective is to reproduce in the most convincing way possible what human beings do: to redouble their creative faculty, their intelligence, their discernment, etc. But when you look closer, this second layer is more complex. Of course, there are amazing results, but for those who have used random functions in programming (http://chatonsky.net/if-then + http://chatonsky.net/memories-center), knows how much a simple throw of dice sometimes produces significant encounters because what we see is as much in what there is to perceive as in what we perceive.

When we look at the results of these AIs, we of course compare them to what we would have done, but this comparison is like a leaflet. First, it supposes that we determine our interiority, but we know that this one remains opaque because the glance thrown on it repeats it. Everything happens as if the AI is an odd mirror allowing us to reflect. Second, through this comparison we determine similarities and dissimilarities, and this variation opens a difference in the mimesis underlying the comparison: we are as fascinated by the fact that AI resembles us as by its unexpected results as if an alien species were being born, as if an organism was individuating and taking shape before our eyes.

I would like to dwell on this second fascination, which I believe was at the heart of the second version of Turing’s test, the least known.

» Let’s focus on a particular digital computer C. Is it true that by modifying this computer so that it has adequate memory, increasing its speed of action and providing it with an appropriate program, C can satisfactorily play the role of A, the role of B being played by a man? » (Turing. A. (1950). Computing machinery and intelligence, Oxford: Mind, vol. 49. 442)

This second version is particularly tricky because the game is double. It is no longer a question of a person distinguishing the human from the machine, it is a question of making that person believe that he is playing a game when the rules of the game are not what he believes. The game is played with a computer, an interrogator and a woman. It is based on the play between humans who tried to determine the sex of each other while the man pretended to be a woman. The computer now takes the place of the man and must try to impersonate the woman whose role remains unchanged. The test is successful when the computer can fool the player at least as many times as a man after several attempts. It is then necessary to compare the results of the computer with those obtained by the man placed in the same situation. Imitation is thus in the second degree: the computer does not imitate a man, but a man imitating a woman. In short, it imitates an imitation, because it is a question of placing the computer and the man in the same type of situation. By comparing their intelligence, we necessarily place the machine in a situation of inferiority because we impose an anthropological model on it. There is by this second test, that posterity did not retain, a remarkable attention of Turing concerning the singularity of the tekhnè.

What we seek with AI is not simply a repetition of the anthropological, we see the birth of another species, other behaviours, other individuations. There are some emotions to see a program that has been developed by human beings, but according to complex levels in relation to the massive data of the network that it becomes impossible to stipulate a human will, gradually detach from predictable results and amaze us. This surprise resembles the first reflexivity of which I spoke: the AI is a detour between us and ourselves, if it is not exactly identical and shifts the identity, if this same drags us out of the inside, irremediably. If AI is a human artifact, it is not reducible and deductible from the human. The arrangement of the parts exceeds the accounting sum of the parts.

The fascination with AI is therefore blurred. Identical and dissimilar, repetitive and differentiated. You always have to keep those two ends together. It is a meeting: the child has something that resembles us, but remains monstrous and anomic. Our ego is cracked by « our » technological artifacts. If AI is most of the time considered naively according to the framework of a mimetic representation, it can also be the occasion of a disturbed and doubtful consciousness of itself which recognizes, without mastering them, the duplications, the ambiguities and the reported limits.
The child is eminently human because his distress announces and promises the possible. Its initial backwardness to humanity, which makes it the hostage of the adult community, is also what manifests the inhumanity to the latter, the lack of humanity from which it suffers, and what calls it to become more human. (Lyotard, J.-F. (1988). The inhuman. Paris: Galilée. 13)

The debates on AI are not only about recent technological innovation. They have ideologically structured much of our society since the second half of the 20th century. We can of course go back before to trace the historical origins of the relationship between intelligence and calculability. No doubt it would be necessary, but it would be another work, to analyze the influences of this debate on fields as varied as the cognitive sciences, analytical philosophy, monitoring, governmentality, etc..