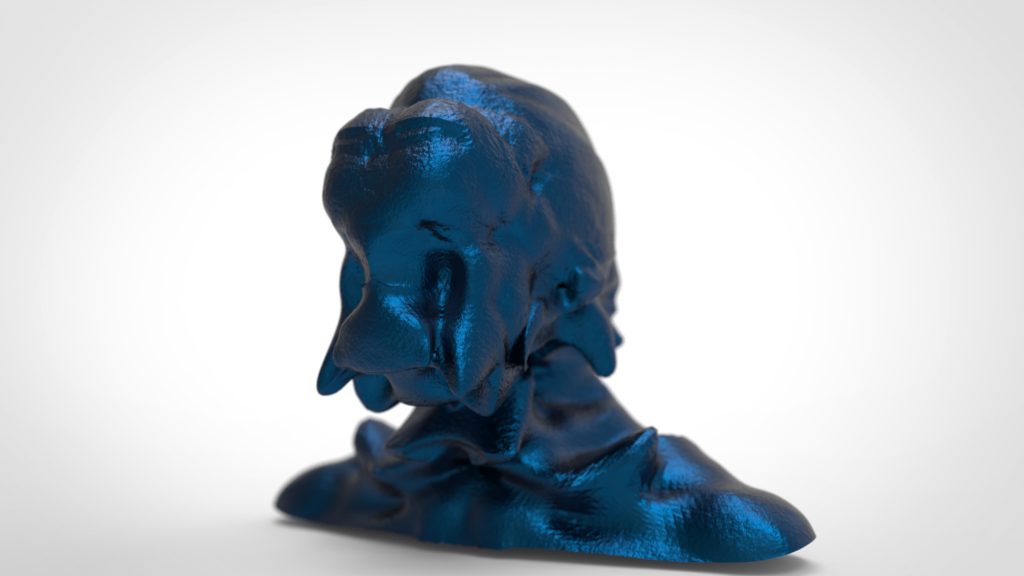 The growing media debate about AI often takes the form of opposition between those who believe it will be able to reproduce and even surpass its human model and others who assert that human intelligence is by nature irreducible to its automation. This dialectic between the two seems unsatisfactory as the arguments are so interchangeable and hide, on both sides, the conditions of possibilities of their own elaboration. Between solutionism and anthropocentrism, a pas de deux is elaborated, leaving unthinking what should be thought: why do we apprehend AI according to a mimetic model?

Moreover, the fact of conceiving the AI as an Alien intelligence which would have no relation with the human being and which could surprise us so much that it would remain inaccessible to us according to the image the black box (Minsky), only inverts and repeats the naive mimicry in something ineffable.

The issue of AI mimicry seems self-evident because it is not clarified. My objective would not be to develop in its entirety the question of the mimicry that runs through history, but simply to point out certain salient points for future work by stressing that mimesis is also a philosophical and artistic question.

Mimicry poses an original and a copy. It is a reproductive act that contains a part of repetition and a part of singularization. Mimicry is the balance between these two sides. By applying it to AI, we assume that technology in general is mimetic in the sense that it is instrumental and at the service of the human being who is its model. The technique would be a somatic extension and exteriorization. To consider it as an autonomous singularity is only an inversion of this instrumental and anthropological conception. Moreover, mimicry is not only about the artificial, but also about intelligence. If we think we are talking about the first perhaps it is to hide the fact that the reasoning concerns the second. Indeed, classical philosophy has set as its objective the intelligence to give access to reality and to unify the chaotic diversity of perceptions in an understandable form. Between disorganized matter and unified form a good part of metaphysics is played out (Derrida, Simondon). Now, in the first edition of the CRP, Kant finds the principle of this unification in the transcendental imagination.

The movement from intelligence to imagination is a fundamental movement, because if the unity of the concepts of intelligence comes from the ability to produce images (according to Kantian categorization of reproductive and productive images) it is because imagination is the self-affection of the unit taking itself for its own object. Unity is not internal to what is perceived, the world, but is in subjectivity and in particular in its relationship to the time when the sequence of the now converges through the unified experience of that sequence. This self-affection of time, which bears the name of transcendental imagination, allows us to understand that if intelligence is reproductive it is only because it forgets its imaginary foundation which is productive. In this sense, the reference of language before indicating the world, indicates a transcendental experience of imagination.

This problem is strongly embodied in recent research in the field of NRNs and GANs. Indeed, one of the first objectives of these so-called artificial intelligences was to give machines the possibility to recognize the world in the form of images. For example, machines could distinguish a bird from other objects in an image. However, this faculty of cutting an object on a background, of sensitive (re)knowledge and intelligence with the world was quickly articulated with the generation. What do you mean? Recognizing a bird was also about having the ability to generate a bird (this relationship is not technical, it is simply factual in the order of technical development). This bird was possible in the sense that it is different from all the birds present in the machine’s database (reproductive memory) and could be recognized as possibly belonging to it (mimetic memory as a step towards the productive imagination). Thus, intelligence as the ability to detect the presence of a bird in an image, that is, to form units against a background of disorganization, is linked to the ability to imagine possible birds because a network of neurons does not recognize the bird according to a preliminary morphological model in the order of definition and then extension, but according to a prediction. The software predicts if it can be a bird because it fights against itself between a generator and a discriminator reintroducing the margin of error into the system. It is therefore in the order of predicting what is possible, not describing what is necessary. It could not give an exhaustive definition of the bird, but producing possible birds, it can practically detect them in an image of the world. We recognize something because we are able to produce it imaginatively, even in its absence. Imagination does not produce this or that bird belonging for example to a particular species. By producing a bird that does not exist, it produces a possible bird and paves the way for recognition of all birds. The fact that knowledge of NRNs is based on generation is analogous to the fact that intelligence is based on imagination and that is why there is some absurdity in requiring the machine to understand the world. The machine recognizes the bird without knowing what the bird is as essence. Rather, it generates the possibility.

It is therefore understandable why the dialectic between the two current positions about AI veils the fact that the real debate is not about the artificial, but about intelligence. They presuppose that what is at stake is always and again intelligence and they forget a blind angle of reason which is the relationship between the reproductive imagination, i.e. intra-mundane and the productive imagination, i.e. possible or infra-mundane. By passing from the paradigm of artificial intelligence to that of artificial imagination, we allow ourselves to think about the conditions of possibility of discourse and we no longer so clearly separate the technological from the anthropological. We penetrate the grey area between the two by understanding that ImA is as much the ability of machines to generate possible images as our own ability to imagine this imagination of machines. In this sense, the production of images is no longer a regional question, it is at the foundation of the transcendental unity of all possible experience and the artistic production that has made it, throughout history, its fundamental object, then takes on a singular dimension.