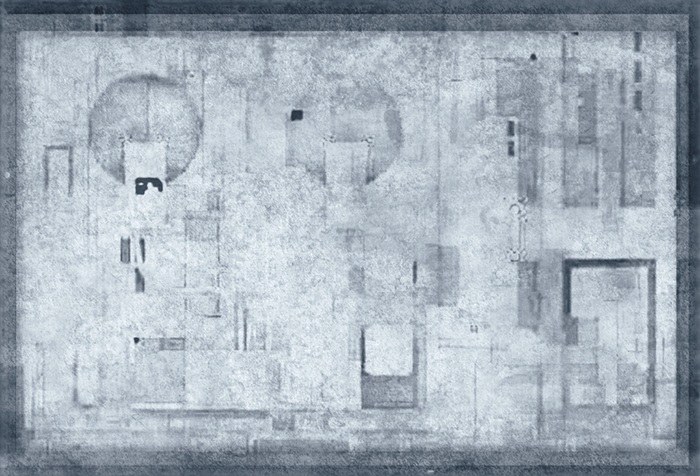 This is the story of a misunderstanding that has gone on for years, decades. It started with the « digital art » to which I was integrated for lack of better. Some wanted to see it as a feat, a reenchantment of the world, a reappropriation and a reorientation of badly used capacities. The technologies then appeared as fabulous means. We talked about interactivity, multimedia, virtual reality, cyberspace and other magic words. Some believed it, really. They thought that this art was going to realize the succession of contemporary art, its end in the sense of a fence and a purpose. This was, of course, a huge disappointment, since reality has always been so for generations.

No doubt the misunderstanding continues with infinity, hyperproduction and recursive neural networks. I’m being contacted, students and critics. I am asked to define my use of deep and machine learning. They demand that I resist Google and other GAFA, that I differentiate myself from innovation. People talk to me about diversion and who the artist, the machine or me is. I’ve been asked the same questions.

There’s been a misunderstanding for so long.

Do they know that there is an area where reality and imagination are difficult to distinguish because everything is repeated at least twice? Do they know that all this is a sham and that all the resolutions (these great reconciling solutions such as the singularity and other theological divagations http://www.wayofthefuture.church) proposed are decoys if we take them to the first degree? Do they know that AI or ImA are a way of questioning the reflexive inextricability of « our » intelligence and « our » imaginary, inappropriate in the very movement of their repetition? Are they so sure they’re smart and imaginative? Are they so sure of what human means? Definition and extension? Do they know what they’re dealing with?

So there was this misunderstanding. It persists, at the very heart of this text. I would like to imagine a grey zone where the human being would lose his generality and where technique, in an embrace, could escape his instrumentality. For that to happen, we would have to go beyond decentration and loss. Not to fight anthropomorphism, but that its question no longer even arises. Impossible without doubt, the misunderstanding thus persists.

Recursive neural networks, deep or machine learning, recursive generatives networks are not an instrumental question, but are an imaginary one and this is always already a reflection between the human and the technique. These are not two entities to which one could assign intentionality according to the myth of sovereign subjectivity, but elements constituted by their relationship. First there was no one or the other. Their invention was reciprocal and is not the invention of any subject.

ImA is not the imagination of machines, but neither is it the imagination of humans. Behind the mask another mask said Nietzsche. Behind the human being a machine and behind it a human being, infinitely. There is something comical in denying one to take refuge in the apodictic certainty of the other, at the very moment when the essentiality of both should be contested. It is a way, the ImA, to doubt ourselves and the machines, the limits and boundaries, what separates and what communicates. We no longer know what it means to produce images actively or passively. We feel that this faculty is now linked to the technological network and we feel only this relationship without subject. That is why the work of art is not instrumental. It does not use technology as a means, knowing full well that the purposes are not set by any clear intentionality to itself. The reflexive return, the repetition is troubled. It is not clarity, but a dark collapse and a return to the possible.

We imagine the machines imagining us (http://chatonsky.net/memories-center). They use the data that we deposit frantically since the watchword of Web 2.0 participation. Hypermnesia was the possibility of a second memory, similar and different. A transcendental empiricism whose categories are defined anthropotechnologically. The experience of this limit where we can no longer take refuge in the human being we believe we are or in technologies. Unsheltering, without shelter.