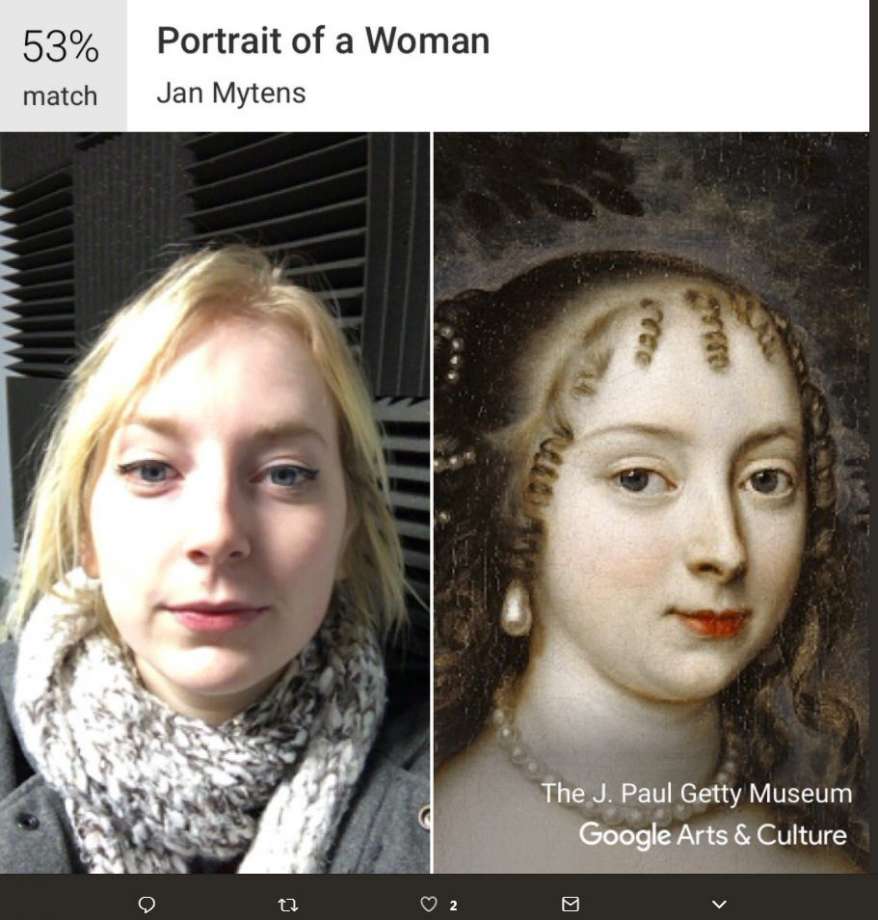 Imagine an autoscopic image, a self-portrait, that harmless selfie that is taken on this device and sent over the network. A machine searches in its memory, that is to say in a database, an image that looks like it, it finds it. It’s not the same, but it’s getting closer. Question of similarity and proximity on the broad level of vectors. There are now two images, one resembling the other. Imagine what mimesis means here: an image that was made decades ago, sometimes centuries ago, a painting resembles another image, contemporary that of a living person. So let us imagine this past future: the past gives itself to it as a « copy » of the present as if we had taken as a model, decades ago, sometimes centuries ago, an image that did not yet exist. Strange time, that of the return and ghosts thought by Aby Warburg and Jacques Derrida where the past is delivered by the future. Those who are already dead and those who are not yet alive.

One will say « This person looks like me » and this inceptive resemblance between two images is produced by a machine. We gave him our existential memories with the specific participation of Web 2.0 and we also gave him the memory of art history, museums and libraries digitized by large companies such as Google. These digitization campaigns put on the same level the topicality of our selfies and the past of our artistic images, because the unity of this plan is ensured by the unity of a language, digital, consisting of electrical variations of 0 and 1. Let’s imagine the emotion, ours, when we see the return of the art of the portrait painted by the photographic selfie of this camera which is simultaneously a mirror.

Time is no longer freed in the chronology of a great narrative or in the postmodern disillusionment of its loss, but this time is constituted on the unity of a plan which is no longer chronological and which will undoubtedly come to affect historicity itself, that is, the way in which we constitute history. Because beyond what it can have academic and serious, it is this particular emotion of ghosts. We see through it what has been and, through the portraits of art history, those known and unknown people who have been and who tell us, in a murmur, that we too are going to be and that we will be more. The anticipation of this disappearance is the history of the art of ruins, whether architectural or existential. It is this past that does not pass and that in the comparison that Google builds between our images and those of museums, becomes a new historicity: the past will have been only of the future. The end of history (of images) will thus have been our time. That of a ressurection.