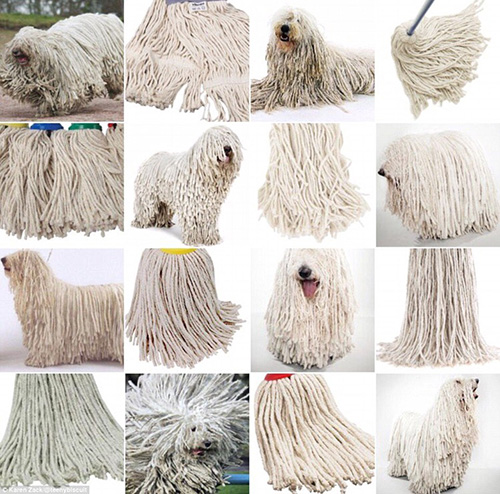 Does imagination and intelligence work as a duo in Western history? We could simplify the evolution of their relationship at 3 stages:

Plato opposes them, intelligence would give access to objective truth while imagination would produce illusions that would take us away from reality (Republic, II, 37a and III, 392c. Plato’s mimetic, allegorical and analogical imagination should undoubtedly be distinguished). This critique of imagination will continue with Descartes and Pascal for whom she is a « mistress of error and falsity, and all the more so as she is not always so » (Fragment Vanité n° 31 / 38).

With Kant, the imagination begins to have a positive role, because it is productive (Didactic anthropological, p.47). It is not only a false reproduction, it is a faculty in the whole sense of the term, even if its transcendental role remains in the state of a project: « In order to constitute the object, it is still necessary an act composing the various given in intuition in accordance with the synthetic unity of consciousness expressed in the concept. This act, we learn from the beginning of the second book of « Analytics », is that of the imagination, which constructs images corresponding to a concept and allowing judgment to seize an intuition » (the introduction made by Ferdinand Alquié to the Critique of Pure Reason, Philosophical Works, Gallimard, p.713). The procedures of imagination remain « an art hidden in the depths of the human soul » (Critique de la Raison Pure, PUF, P.153. Heidegger will pursue this transcendental question in Kant and the problem of metaphysics). This transformation goes with a critique of intelligence as a reason that can, if it deviates from experience, in turn create illusions (dialectical use).

With German Romanticism, Schopenhauer, Nietzsche and beyond (it would be necessary to detail the following stages in particular Bergson and Bachelard), imagination and intelligence thus exchange their role. Intelligence would be a form of imagination, it is representation by Schopenhauer or perspectivism by Nietzsche. The whole question then being to link imagination to ontology: reality is not imagined, it is rather reality that imagines us through the intelligence we believe we have.

Because of this history, naively summarized here, intelligence has a pivotal role in the historical and personal development of subjectivity. It is what allows a (supposed) subject to grasp himself in the transparency of his own sovereignty, even as an ideal regulator. This means that intelligence is not one faculty among others, but the faculty of faculties because it is thanks to it that the very possibility of reflection opens up. It is therefore a metafaculty whose transcendental explanation is lacking and therefore appears as contingent not temporarily, but structurally: it is the difference between the explained and the explaining that is analogous to the ontological difference between the being and the being.

Let us also note that intelligence has for centuries made it possible to define the nature of human beings as rational animals and has therefore been the condition for drawing up a map of living species excluding some for the benefit of others.

By these different elements, we understand better why when we speak of artificial intelligence (AI) the debate gets carried away and that theological arguments and affects take over. Everything happens as if talking about AI we were talking less about technology than anthropology and that thus we risked depriving human beings of their cleanest nature and dehumanizing them. Thus the debate about AI goes to the very heart of subjectivity and it must be understood that people who get angry feel attacked in their cleanest possibility.

This irritation is determined by what I would like to call a mysticism of intelligence. To the extent that it defines in tradition the specificity of the human being, which would differentiate him from everything else, it becomes an absolute, i.e. a principle of untying (absolutum). Moreover, it is a transcendence that allows human beings to carry themselves beyond themselves (principle of explanation). No matter here that recent research seems to show that intelligence is much more widespread than this tradition has left us, it still overdetermines our affectivity and gives this term « intelligence » a strategic place in the subject’s sense. AI is part of a long series of narcissistic human wounds.

It is because of this particular and structuring place that intelligence leads to mimetic reasoning. As soon as this word is put, one wonders if ahumans, such as animals or machines, are intelligent in the way of the human being. We are simply unable to conceive intelligence on an ahuman model because we use this faculty to reflexively elaborate it and thus we are as if locked into our anthropomorphism. To question the power of the latter, the very principle of subjectivity as reflexivity should therefore be attacked.

It is within the framework of this analysis that it seems interesting to us to replace the term IA by that of artificial imagination (ImA) and thus to break a hegemony. Indeed, when we approach the machine or deep learning, it is relatively easy to demonstrate that we are far from the intelligence and gloss on the idiocy of these programs (http://databasecultures.irmielin.org/artificial-des-intelligence/). However, this analysis has a blind spot which is its own condition of reflexive possibility. It presupposes that it knows what intelligence is and that knowledge is, we will have understood, transcendentally problematic. She cannot help feeling replaced because she would be represented and redoubled, in the manner of the artistic simulacra criticized by Plato because they replaced reality. The paradox of this intelligence is that it is reflexive but fears its repetition, and therefore it is structurally ambivalent. If we stop knowing what intelligence is and begin to imagine imagination, then it becomes possible to get out of anthropocentrism. Imagination does not have to be adequate like intelligence or transparent like it, it can shift and enter into a process of dissemblance. She can imagine what she is not because the imagination is not transparent and identical.

We are beginning to see the full benefit of developing ImA, not only conceptually, but also emotionally. When we propose to imagine ImA, we do not feel replaced or redoubled, unless we create a mystique of imagination that could take the form of overvaluing artistic creation (inspiration, creativity, etc.). This other mythology, if it still permeates minds, may be, it seems to me, more easily abandoned because it is sectoral. We must now enter into the cognitive affectivity of this imagination and experience its transcendental empiricism to bring ourselves to the limit of imagination. From then on, the development of artificial neural networks would no longer be analysed according to an anthropological mimetism but as a multiplication of possibilities and hyperproduction. The criterion is no longer adequacy to truth and we can then reinvest the difference between cognitive imagination and material imagination (works) today disturbed by the generalization of digital.